What Is a Lumpectomy?

A lumpectomy describes a surgical procedure to remove a specific portion of the breast. This technique may be employed for breast cancer or a benign lesion in the breast.

What Is a Partial Mastectomy?

A partial mastectomy involves removal of a portion of the breast when there is typically cancer involved. The extent of removal can vary from a small amount to a more significant volume of the breast.

The lumpectomy or partial mastectomy procedure involves removal of the specific area of the breast that has the disease. Generally, a margin of normal surrounding tissue is removed as well. Depending on the extent of tissue removed and the relative size of the breast, the local tissues can be brought back together to fill in the defect directly, or reconstructive procedures may be employed to do a more extensive reconstruction to fill in the area of defect while also reshaping and rejuvenating the breast.

Why Involve a Plastic Surgeon if You Choose a Lumpectomy/Partial Mastectomy? 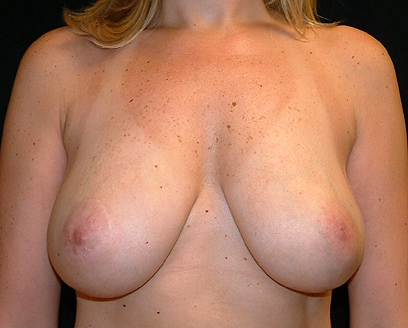 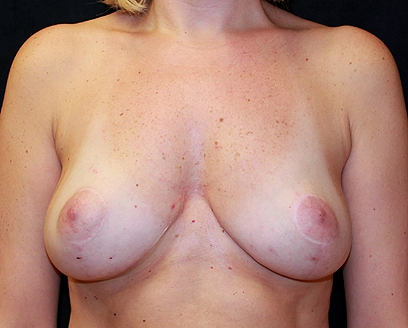 This 38 year young lady, 5’9” and 149lb. had a right breast mass that was removed. The mass recurred 2 years later in the right upper breast. A lumpectomy was performed, removing a mass nearly the size of a grapefruit. Immediate reconstruction was performed rearranging the remaining breast tissue. For breast symmetry a left breast reduction was performed. The patient is seen 16 months post op and is very happy with her reconstructive outcome.
View More Photos in Our Gallery

“Dear Dr. Parva,
Dealing with breast cancer is traumatic, but you and your staff made it easy.”

Recovery after a lumpectomy or partial mastectomy is primarily protecting the breast and limiting activities. Within a few weeks, generally women can safely increase their activity levels, although it may be recommended to postpone high impact activities for several additional weeks.

Breast Reconstruction at the Time of a Lumpectomy

Breast reconstruction techniques at the time of lumpectomy will be dictated by the location and extent of the lumpectomy being performed. Your plastic surgeon can discuss the surgical plan and give some guidance on what to expect. However, reconstructive decisions may be adjusted in the operating room based on the amount of tissue removed so there may be some variation in the scar patterns that result. Your plastic surgeon will also discuss and plan for a symmetry procedure on the opposite breast. This can often be performed at the same time or if preferred, at a later date.

Lumpectomies and partial mastectomies may often be performed through a small, limited incision and therefore a small scar. However, if a more extensive amount of breast tissue is removed and a breast reconstruction performed, then scars may be more extensive and may involve scars around the areola extending down to the breast crease and along the length of the breast crease. Your individual surgical plan will dictate the sites of incision and the subsequent scar. Your surgeon can discuss that in more detail so that you have a good understanding of what to expect.

For more information on the lumpectomy/partial mastectomy procedure, or to learn about breast reconstruction options following a lumpectomy, please contact Parva Plastic Surgery for your consultation with Dr. Parva, board certified plastic surgeon, today.